By Dr. Jessica Quiñones on November 20, 2014 in Get to know yourself, Inspiration

“I used to be so goooooood on the flute!”,  exclaimed a British client of mine I’ll call ‘Julia’. “Now I hardly remember my scales, my tone sounds awful and I think I sound rubbish– it’s really depressing to hear myself now compared to how I used to play when I was younger”. 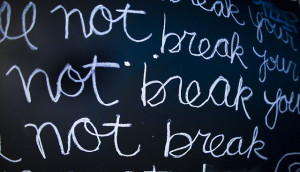 Julia, age 41, was at a musical crossroads – yet again. After decades of intermittent playing, taking breaks for long periods of time was the norm for her. In our first lesson she reported, “I want to start again, but I’ve had so many starts and stops that I want it to be real this time. I don’t want to keep quitting like I have in the past. Playing is one of the only things that’s just for me these days.”

It wasn’t that Julia lacked skill– she’d been playing flute (plus the guitar, clarinet, violin and the piano) since she was 9. My early observations were that she had a natural musical prowess.

She also had a substantial support network both emotionally and financially: she was born into a family that always nurtured (and funded) her music making, a husband that encouraged her decision to start lessons again and even a nanny that watched her three young boys when she was in our sessions together. Her work in the pharmaceutical industry meant she could afford a top-of the-range flute; she’d also invested serious cash attending yearly international masterclasses with some of the flute greats over the past decade.

Julia’s desire to fulfil her goals was massive– so massive that she was clear in our weekly lessons she wanted my accountability to help her “do it for real this time”. She craved being able to get back to a standard of playing that would allow her to play with the local orchestra, join an advanced flute group, and to “really share something special with audiences”. In theory, she had obtained the perfect set-up to start fresh after such a long break away from her music.

But that’s not what happened.

A couple weeks went by and it was clear to me that zilch was happening outside of our lessons. Though she was enthusiastic about all of the new material when we said goodbye at the lesson, it quickly waned when she was on her own:

“I want to achieve new things, but for some reason, when I take out my flute at home, I shrink away from it. I just can’t get away from this feeling of being hesitant to play. That’s how it was when I was 18, 25, 35—and even now. I think it’s why I’ve stopped in the past. I don’t know what’s wrong with me.” 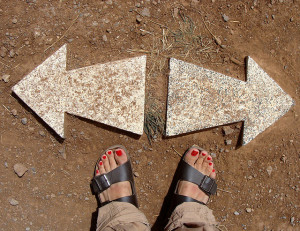 She wouldn’t have been the first client I’ve worked with who had this type of dilemma. In my experience, it’s often common with a student who’s studied any instrument in the past—flute, or otherwise. You see, Julia, who had been learning for over 30 years, was trying to come to terms with the player that she was today– an ambitious 41 year-old woman that had big musical dreams. The dilemma? Her previous flute playing ‘beliefs’ were dictating her current musical terms, even if they were no longer her own. She was clinging to old ideas of her musicality– ones that had been around since she was a young player. It was a duality that was keeping her stuck in the same mindset she’d had for decades.

These dilemmas, or ‘dual-emmas‘, as the wise Martha Beck calls them, are often the beliefs that if left un-examined eventually lead to musical burnout. And in Julia’s case, to quitting full-stop.

So how do you pinpoint a ‘dual-emma’ that might be keeping you stuck in the same mindset year after year in your playing? Chances are it will usually sound something like this:

In Julia’s case, I asked her to be as specific as possible in identifying what she believed she had to do in her playing in order to succeed “for real” this time when she got out her flute.

Following the same type of questions found in the work of Byron Katie, I then encouraged her to ask herself:

Here is what Julia came up with:

I should play through Taffanel et Gaubert, No. 1 from the ’17 Daily Exercises’ every time I practice in order to be an advanced flute player, because playing this is the best way to get a better technique and it’s also a good warm-up.

The dilemma here was not about Taffanel et Gaubert and its usefulness for flautists. No, it was that Julia really disliked these studies. Not only was she bored to tears with it after rehashing it for 20 years, but when she was 17 she reported that a former flute teacher would send her out of the room in a lesson when her technique wasn’t ‘clean’ enough. Every time she pulled out her flute she’d felt she to do this first before she got to the ‘fun’ stuff. Often feeling obliged to play this study first in order to ‘warm-up properly’ often meant she didn’t play anything at all.

I have to avoid playing anything that is too rhythmically advanced in order to not embarrass myself, because I’ve always been kind of incompetent with keeping the beat and timing.

The dichotomy here was that Julia admitted she’d always wanted to play more challenging rhythmic works. She dreamed of learning La Merle Noir and Chant de Linos; she also wanted to learn how to improvise with the Brazilian choro. Julia couldn’t actually think of any concrete evidence of why she thought she was she was ‘non-rhythmic’, other than admitting that she’d never really worked on advanced rhythms, multi-metric scores or improvising in the past. Her lack of confidence –- not ability– in this area of her playing meant that more challenging musical scores were bought with great hopes, but save for learning a few bars, mostly sat gathering dust.

My tone should sound better than this in order to want to continue playing because I’ve played now for over 30 years.

The real issue wasn’t that Julia had a fuzzy tone – after all, that is something that ironically would have been remedied the more she got her lips used to playing again. The issue was that she couldn’t bear to play when she heard herself compared to how it used to be. This often meant she’d never allow herself to work through the ‘icky tone’ days in order to get her embouchure back after such a long break. As soon as she made a couple notes on the flute, she put her flute back in the case because it sounded so awful to her ears.

I should probably not spend time dabbling with the melodies of songs I like that I hear on the radio because that’s not ‘real’ music, and probably a waste of my time in the long run.

One of Julia’s musical strengths was that she was really great at playing by ear. She recounted that when she was a teenager she learned some of Madonna’s music in order to play in a 1980’s cover band. When she demonstrated this for her piano teacher, age 17, she was told it was “a waste of time”. She was also advised to focus on her ABRSM exam music if she really wanted to advance with her music. Her belief that playing music from the top-40 was rooted in the fear of not being taken ‘seriously’ as a musician– especially now she wanted to join the local orchestra and a flute group. This often meant that the ‘non-serious’ music she wanted to play was never touched for a fear of it being ‘too silly’.

Doing it For Real

Perhaps it is hardly surprising that Julia didn’t have any motivation to practice outside her lesson. It would seem that every time that she opened that flute case, all the weight of past beliefs were there, haunting her– before she even played a note. Yet in order to move forward she had to create a completely new mind-set about what being a ‘good flute player’ meant for her. And this is often the hardest step. For all of us.

Julia had to create a version of her own musicality that was not validated by anyone except herself.

Over time she decided to put Taffanel et Gaubert away for a while, high up on a shelf in her garage. She started playing Adele’s music for me in lessons. She’s delved into both La Merle Noir and the choro with a zesty determination to master those rhythms, and has signed up to play at a local festival this season.

Her new mindset meant that she decided to forego the advanced flute group to form a duo with another like-minded flautist who was also interested in playing pop music. Earlier this year she joined the local amateur orchestra, and is now their secretary.

But the biggest success here? By getting real with herself she was able to start again ‘for real’– with no breaks needed.

And now let’s hand it over to you.

What old belief might be keeping you stuck as a flute player?

Fill in the blanks:

Enjoy this writing?
Get similar flute articles by Jessica delivered straight to your inbox, for free. No fuss. Easy as Pie.

20 Fill-in-the-blank questions to help you get clear with who you really are (+ where you've been) as a musician
What Musical Burnout (+ finally getting real with yourself) can teach you about having a flute career
Share the joy...

I am a flautist who is also a performer, teacher + musicologist. I love to inspire flute players to deliver their unique message to the world. But ultimately? I inspire flautists to be unapologetic, creative and real. I perform with a big heart for audiences around the globe. I research fresh, brand spankin’ new ways to tell a musical story. Why? Because art–yours, mine, ours–is changing humanity.
View all posts by Dr. Jessica Quiñones →

2 Responses to The one simple sentence that’s probably getting in the way of your flute playing (+ no, practicing has nothing to do with it)

This site uses Akismet to reduce spam. Learn how your comment data is processed.

The world’s first FREE newsletter on flute playing that’s just as delightful to read as Sunday morning papers in bed, your fave La-Z-Boy recliner + the smell of the desert after the rain (here’s to that). No fuss, no spam.